A Line in the Sand: Account Recoveries & Witch Hunts 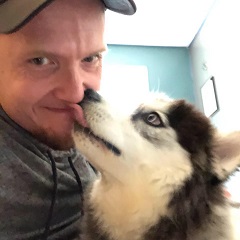 Over the weekend, something happened that has yet to happen since the site was created - someone (we'll call him Hank) appeared to have earned all of the points available on the leaderboard*. This is no small feat, as a large chunk of the final few points most people earn right now require things that are either very difficult or very dependent on RNG being in your favor. Hank was active on the light.gg Discord server, and seemed to be a reasonable enough guy. Once he posted on Friday that he had unlocked Unbroken, giving him the last 50 points that he could still earn, I offered Hank my congratulations and went on about my day.

Fast forward to yesterday, when Hank decides to make a Reddit post about his accomplishment. At first glance, as you would expect, the community gave him the same congratulations I did and marveled at his endurance to chug through all of the triumphs, earning him the #1 spot on the light.gg leaderboard. As with any time you decide to shine a spotlight on yourself though, it's best to make sure you're ready for the things that light might reveal.

Upon seeing the post, several members of the community pointed out some inconsistencies with Hank's competitive PVP history. There are several instances of comp PVP sessions where Hank appears to be absolutely smashing with people in his fireteam who are clearly not the person that is normally in control of that account. These are people who typically struggle to kill at least one other person before they die in Quickplay who are suddenly able to kill 2.5 people before they die in the 5000+ Glory range in Competitive. Hank's own performance didn't have nearly as stark of a contrast, but was still suspiciously higher in Competitive than it normally was in Quickplay. When this was pointed out to him, Hank argued back and forth for a bit, but eventually did admit that some of the accounts in his team were not being played by their actual owners.

From there, I started looking at the PVP history myself. There are several sessions dating back weeks where Hank plays with people he has never played with before or since and wins something like 85% of his games. As anyone who has ever tried to play comp with a random group of people on the internet can tell you, that just doesn't happen. The question is now: was Hank the one doing the boosting or had he also paid someone to earn Unbroken for him?

A Line in the Sand

The answer to that question is: I don't care. I don't care whether Hank was the person boosting or being boosted.

Hank has been permanently banned from light.gg.

While it does suck that this guy probably did legitimately earn some of the other triumphs that he unlocked, if you want to show up on the front page of this website and leaderboard, your account has to be beyond reproach. I want the competition I've built here to have as much integrity as possible, and letting someone occupy the #1 spot where there is very clearly something fishy going on just isn't something I'm going to let slide.

As for my stance on "Account Recoveries", ELO boosting, and other services available out there, let me make it clear: you will be banned. I am not interested in playing police with what people do with their money, who they play with, and so on, but I'm also not going to allow someone to appear on the top of the leaderboard and boast to the community about it if they haven't earned it themselves. If you want to pay someone to unlock Unbroken for you, that's your call, but you're not going to be able to participate in this community any longer. That is the line in the sand that people will need to decide for themselves if they want to cross.

Moving forward, I will be building my own tools on the back end to help me identify people that are employing boosting / account recovery services to advance on the leaderboard. I will be using those tools to remove those people that are not participating in the true spirit of the competition the site is trying to provide. Furthermore, I have created a #player-reports channel on the light.gg Discord where people in the community can help bring to my attention players who may warrant inspection.

As for the people who provide account recovery services:

While Hank definitely is no longer welcome here and I appreciate the members of the community that brought the situation to my attention, I want to call out some of the behavior in response to him also crossed a line - to the point that I've referred to this guy by another name for the entirety of this post and not linked to any of the material in question so as not to perpetuate the behavior any further.

I get that someone presenting themselves as having accomplished something when they did so fraudulently can get you fired up. However, you never have the right to harass another user regardless of what they've done. Sending hate mail via PSN/XBL/BNET, spamming emojis at the guy on public Discord servers, and trolling through their Reddit history to flame them in other contexts are all examples of things I've either heard have happened or personally seen in response to Hank's post. Consider this a heads up that behavior like that is also unwelcome and may lead to corrective action in the future.

My goal with the light.gg leaderboard has always been to provide a way for people to compare their collections to one another and compete to see who can get the highest rank by setting challenges that anyone with enough determination and time can accomplish. Part of accomplishing that goal for me means building protections along the way to prevent cheating. Account recoveries are a form of cheating that I am now cracking down on to preserve the integrity of the competition and discourage people from feeling like they have to spend real dollars to have a chance to compete.

Thanks, as always, to everyone for helping make the light.gg community a great corner of the Destiny universe. These past few months since Forsaken have been a period of incredible growth for the site, and I'm genuinely humbled by the response it has received. I hope to continue to build cool stuff to improve the community as Bungie expands the game into the future.

* There are some triumphs that are currently bugged within the game, making it impossible to truly earn 100% of the points available. The person in question here reached 4,301, or 99.30% of the available points.